Robert Whartenby: Attitude Is Everything

What type of individual is quoted in his medical chart as replying “all things considered doing pretty well” as he is being rushed into an ER after having his leg traumatically severed following a motorcycle accident? The same person who now proudly wears a t-shirt stating “Some Assembly Required” Hamilton Township Patrolman Robert Whartenby is a motivated individual with a fantastic perspective on life. 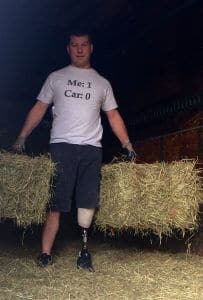 On October 2, 2011 while driving his motorcycle, Robert was hit by another motorist who made a left hand turn just a bit too early. The collision resulted in Robert’s leg being automatically severed, as he was projected twenty-five feet from the vehicle. A passerby stopped to literally save his life. He used a bandana as a tourniquet and wrapped his leg above his knee while waiting for the ambulance to arrive. Robert realizes that he would not be here today if the good samaritan had not stopped to help him.

After being admitted to the hospital, Robert went through several rounds of surgery to manage his pelvic fracture and clean up his residual limb and the road rash. Two days later a plate and 8 screws were placed in his pelvis. Unfortunately, because the amputation was traumatic, the surgeons had no influence on the length of his residual limb. Robert’s limb was very short, 4 ½” long, which is far from an ideal length for a prosthetic limb. It took Robert’s limb 5 ½ months to heal, which to Robert felt like an eternity. 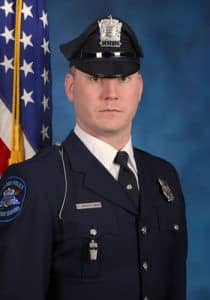 The most difficult time for Robert was dealing with “the instant removal from normalcy.” He also had to fight off the seeds of doubt that would creep into his mind. What if he never returned to work? What if he was never able to go back to doing the things he loved? Being active and involved in his community was everything to him. Nothing helped suppress these seeds of doubt better than his family, friends, and his medical team. Looking back, Robert is amazed by the level of confidence those around him had in his ability to get his life back. These individuals expected Robert to get back to his old life, and never let him settle for anything less. He is so grateful for the push and the strength they provided to him as he began his road to recovery.

Once Robert got the approval to begin prosthetic training he was determined that nothing would stand in his way. He went through training at St. Lawrence Rehab and six days later walked out of the hospital using only a cane. Soon afterwards he started back to work on desk duty, which was a step in the right direction for him. But he didn’t want to stop there; he wanted to return to the anti-crime unit. This unit uses an enhanced police presence in high crime areas to help suppress violent crimes, street level narcotics, and gang influence.

Because his injury occurred while he was not on duty, the requirements to get back to work were delegated to his medical team. This was something Robert took very seriously. He spoke with his doctors and therapists and informed them he wanted to be able to exceed the requirements the state held for an officer to return to duty after an injury. He never wanted the fact that he was an amputee to cross the minds of his fellow officers; their sense of security and their belief in his ability to perform his duty was of paramount importance to him. 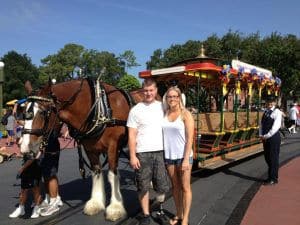 As Robert reflected on his experience, he recalls many issues that often plague individuals with amputations. After the amputation his phantom pain was unbearable. He had to be placed on pain medications temporarily, but after several months he was able to be weaned off. According to Robert, today the pain is manageable and nowhere near the level it initially was. The volume fluctuations in his residual limb for the first 5-6 months were also frustrating. At times he was wearing anywhere between 10-15 plies of socks just to enable the prosthesis to fit properly. (He had gone through three socket changes before his volume finally plateaued.)

Robert’s sense of community and his propensity to help others was instrumental in St. Lawrence Rehab establishing an amputee support group after his recovery process. He was fortunate to have a friend whose father was an amputee who was able to give Robert some insight and guidance regarding the prosthetic process and the importance of selecting a qualified prosthetist.

St. Lawrence Rehab is now taking their support group to a higher level and teaming up with the Amputee Coalition of America (ACA) to provide specific training and to certify individuals in their support group as peer mentors. Once the training is complete, the ACA can match the certified peer mentor with amputees in their area who are looking for assistance. Robert is currently waiting for his training as a peer mentor to begin and is looking forward to reaching more amputees who are looking for support.

Considering his commitment to helping others, it is not surprising that the Hamilton Kiwanis Club recently named Robert “Officer of the Year”. This honor is awarded annually to a police officer who demonstrates exemplary service within in the police division and the community.