Arm Prosthetics: Everything You Need to Know

Those who have had an amputation of their arm may be interested in using an arm prosthetic. With the various types of arm prosthetics, including the elusive “bionic arm,” it can seem overwhelming to determine what type of prosthetic arm is best for you and your needs. At Lawall Prosthetics and Orthotics, we understand that you have many questions surrounding prostheses and are happy to offer as much information as you need.

Throughout this guide, you can learn what an arm prosthetic is, how they work, what bionic limbs are, and the benefits this type of prosthetic offers. Let’s get started.

What Are Arm Prosthetics?

Arm prosthetics are devices that replace a missing arm. The arm prosthesis can serve many purposes, including looking like an arm, helping with balance, and allowing for better maneuverability due to the ability to use both hands.

Some prosthetic arms serve no mechanical purpose and are instead used to give the appearance of two arms. Other prosthetics utilize a series of cables, pulleys, and wires to allow the user to use the hand-like end to grab objects. Many prostheses can handle simple open and close actions for the hands, but more advanced electrical prostheses are working on creating individual fingers that move with the transfer of an electrical signal from the muscles to the prosthesis. 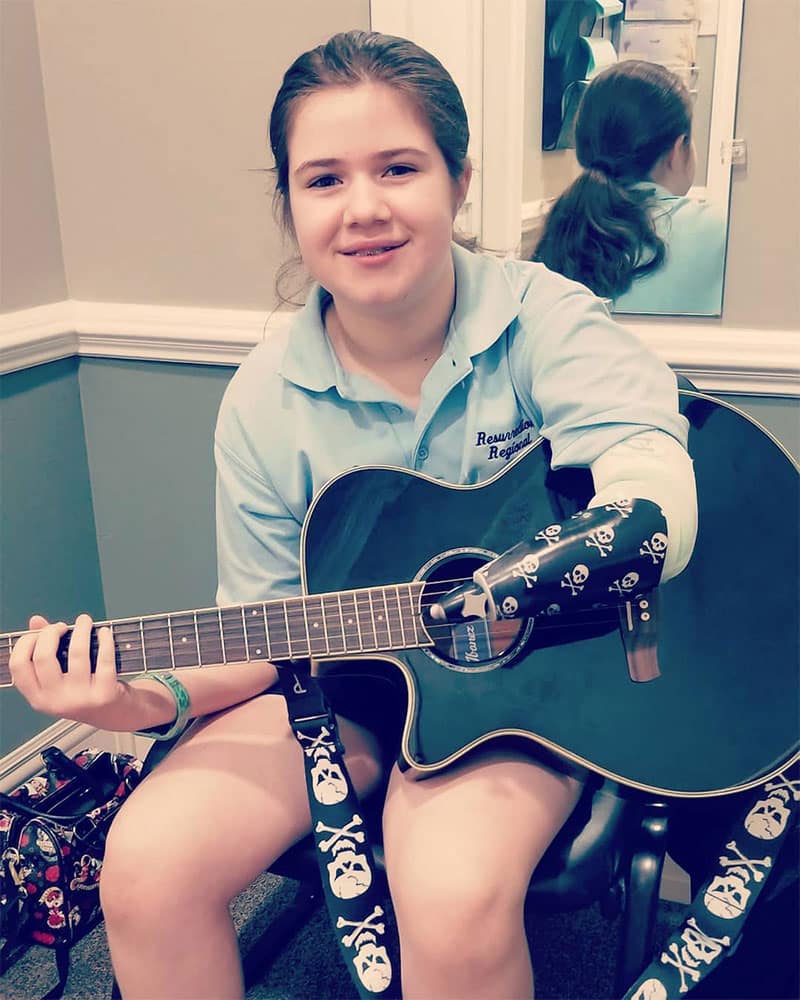 The Types of Arm Prosthetics

While there are four general categories of prosthetics (transradial, transhumeral, transtibial, and transfemoral), two are prosthetics for the arm while the other two are types of leg prosthetics.

Because of the elbow and its positioning, the transhumeral prosthetic is one of the most difficult prosthetics to get fitted, which is why it is crucial to work with a talented and experienced prosthetist to ensure that your arm prosthetic is fitted perfectly.

How Do Arm Prosthetics Work? There are three main methods of powering prosthetics and getting the arm prosthetic to “work”: body, motor, and myoelectric.

It is this method of powering prostheses that forms the foundation of bionic limbs.

Bionic limbs, in general, are a type of artificial limb that utilize signals from the muscles, brain, or nerves to move. This method of powering the prosthetic results in a much more seamless movement that very closely mimics natural movement.

Compared to other forms of powering prostheses, bionic limbs do not require as much body power to operate and give the user maximum control. This not only applies to what movements are completed by the prosthesis but also how fast or slow the movement occurs. For example, with a bionic arm, users can open and close the hand quickly or slowly depending on the signal sent to the prosthesis.

Benefits Of a Bionic Limb

The bionic limb and its advanced technology offers many benefits to users.

One of the most significant advantages of the bionic limb is the amount of control that it allows for its users. With other prosthetic limbs, the movement relies on either the actions of another part of the body or the manual pressing of a button, which can leave movement slightly jilted.

In comparison, bionic limbs function very similarly to a natural arm in that they move based on electrical signals released by the muscles. So, when someone wants to move their wrist, the muscles in the residual limb contract, and the electrodes placed on the muscle record these signals and move the wrist accordingly.

Some bionic limbs are even working on controlling finger movements, allowing for fine motor control that was previously inaccessible for those with a prosthetic arm, further improving the user’s control.

Bionic limbs can also register the speed at which certain actions should be done. For example, when wanting to close the hand slowly, the muscles in the residual limb contract slowly, and the speed of contraction is picked up by the electrodes and mimicked in the bionic limb. This technology allows for immense control over the bionic limb, which is not possible in other prosthetic arm types.

Recent advances in bionic limbs allow the user to feel the placement and movement of their artificial limb, something which has been challenging to replicate in other prostheses.

Bionic arms also allow the user to feel objects by sending the necessary signals back to the brain from the point of contact on the prosthetic. This encourages the user’s ability to use the bionic limb similar to a natural arm and restores a monumental sense of touch to that limb.

Improved Reintegration of the Artificial Limb

The improved controllability offered by the bionic limb also means that it is more easily utilized in everyday mechanics. Some artificial limbs serve no physical function and simply act as a natural-looking arm. In contrast, bionic limbs are intended to work as a natural arm would. While no prosthetic hand has been able to mimic the functionality of an anatomical hand, technological has improved tremendously over the years and is continually striving to mimic the amazing functionality of an anatomical arm.

What is an arm prosthetic?

An arm prosthetic is a device that replaces a missing arm. Some prosthetic arms only serve as a placeholder for appearances, while others have functionality, including the movement of the hand or bending of an elbow.

How do prosthetic arms work?

Bionic limbs do exist, and they continue to advance in terms of their functionality and ease of use every year. Bionic limbs utilize myoelectric power, which allows them to offer seamless movement of the bionic limb and increased control.

How much does it cost to get a bionic arm?

A bionic arm can range from $20,000 to $100,000 without insurance. The cost will depend on how much functionality the prosthetic offers (i.e., just hand movement or finger movement as well) and how much of the arm is included in the prosthetic. For example, a bionic arm that encompasses the elbow will cost more than one that does not.

What are bionic limbs made of?

Bionic limbs are typically made from plastic, silicone, and other lightweight materials. They also contain electrical systems and electrodes to capture the muscle’s electrical signal and transform it into movement in the limb.

What are the benefits of bionic limbs?

The three primary benefits of bionic limbs are better control, improved reintegration of the prosthetic limb, and increased sensation.

Ask Us Your Questions

At Lawall Prosthetics and Orthotics, we understand that choosing a prosthetic arm is a big decision, with many factors to consider. Our trained practitioners work with you to understand your lifestyle, health, and other factors that are essential considerations for choosing your best prosthetic.

You are likely to have many questions regarding prosthetic arms, and we are happy to take as much time as needed to answer any question you may have, ensuring that you feel confident in choosing the best prosthetic arm for you and your needs.