Harold Boyer: No Is Not an Option

Some people just won’t take “no” for an answer. Harold Boyer is an active “52-year-young” individual. He is an amazing and inspirational person—a man who sets challenging goals for himself, and won’t stop pursuing them until he gets to “Yes!”

On May 5th, 2013, Harold was involved in a motorcycle accident that immediately severed his leg below the knee. His journey hasn’t been simple or easy. Necrotic tissue made further amputation necessary, and cost Boyer his knee, as well. Eight surgeries later, he left Jefferson Hospital as an above-knee amputee, still trying to grasp the reality of his changed circumstances. 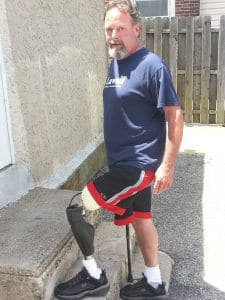 Prior to his amputation Boyer had been a union laborer who built highways and bridges. An active outdoorsman, he had hunted since childhood and also loved fishing and boating. He wondered if he would ever again be able to enjoy any of the work and leisure activities that had given him such satisfaction and pleasure.

Fortunately, shortly after his limb loss,

Boyer began participating in Moss Rehab’s amputee support group, where he enjoyed attending the meetings and hearing the other amputees’ stories and experiences. The shock of his accident and amputation was easier to embrace as he listened to reports from others going through the same emotions and physical struggles. He also found it inspirational to see experienced amputees accomplishing their goals and enjoying their lives to the fullest.

His own therapy began at Moss Rehab after he was initially fitted with a Total Knee. After about four months wearing his temporary prosthesis, Boyer was fitted with a new socket with a seal-in liner for improved suspension. Several more months of wearing the temporary prosthesis revealed its limitations; it effectively served its purpose of getting Boyer back on his feet, but it was not allowing him to reach his full potential. He constantly had to aggressively kick the leg straight before the prosthesis could reliably carry his weight. He also had trouble keeping the knee locked and stable while walking outside on uneven surfaces. 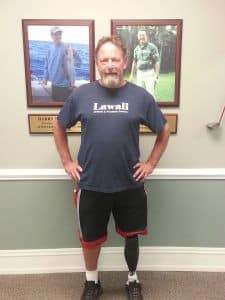 These concerns made it impossible for him to place his trust in the prosthesis and step forward confidently to pursue the active life he was determined to achieve.

After doing some research and discussing possibilities, Boyer and his support team—prosthetist Jack Lawall, CPO, and Boyer’s doctor—decided to try to fit him with a microprocessor knee that would offer him significantly expanded capabilities and opportunities to become more active and confident.

Because he enjoys being around water, fishing, scuba diving, swimming and vacationing with his family, they identified the Ottobock X3 knee as the perfect fit for Boyer, and added the prescribed Ossur Re-Flex Rotate™ Foot with state of the art vertical and rotational shock absorption, plus Unity EV (elevated vacuum) system.

The vacuum system maintains the linkage between the prosthesis and the patient’s residual limb by increasing the negative pressure within the socket. The system’s elevated vacuum pulls oxygenated fluids into the residual limb during swing phase and pushes fluids out during weight bearing. The result is less volume loss during the day. Overall, it provides improved linkage, increased proprioception, maximized endurance of user activity and decreased rotation for safe ambulation.

Getting insurance approval for this type of prosthesis is often a difficult challenge. Collecting the required extensive supporting documentation to submit to the insurance company was a team effort; Boyer’s physician and Jack Lawall prepared highly detailed notes justifying his very real need for this particular prosthesis. 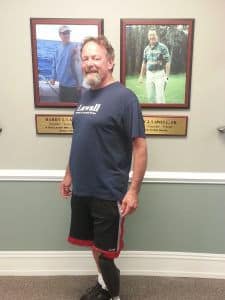 Boyer himself demonstrated the determination and persistence which have made him so successful by spending a great deal of time talking to his insurance company and making it very clear that he wasn’t going to go away—and “no” was not an acceptable option.

Eventually, the investment of time and effort paid off, and Boyer was approved for the X3 prosthesis that he is successfully wearing today. He is currently benefiting from physical therapy and trying to break some bad habits he developed while wearing his previous prosthetic knee. He routinely follows up with Jack Lawall to have the settings on the knee fine-tuned as he progresses and pushes the knee to its maximum potential.

Boyer admits that the most difficult part of his experience has been not only learning how to walk again, but confidently believing that he would not only walk, but be able to participate once again in those activities that he enjoyed the most.

Thrilled to be starting a new chapter in his life, Boyer has returned to Moss to pay it forward by serving as a peer leader for the amputee support group that was so helpful to him. His positive attitude and confident outlook are bound to be a great asset to the group.

Boyer insisted I express his deep gratitude to Jack Lawall and his doctors for their tireless work to gain approval and funding for the new prosthesis that has made such a difference in his life; he greatly appreciates all their efforts and care.

He would also like to thank his friends and family for helping him through this past year and supporting him every day along his continuing journey to achieve, accomplish, enjoy—and to help others to do the same. 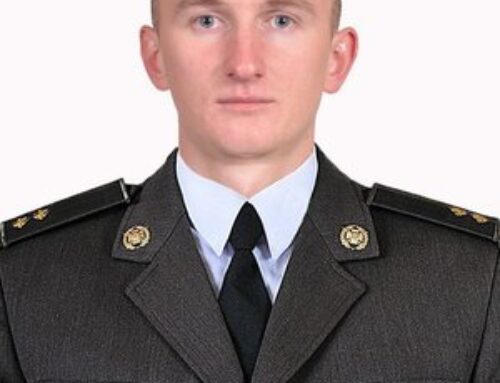 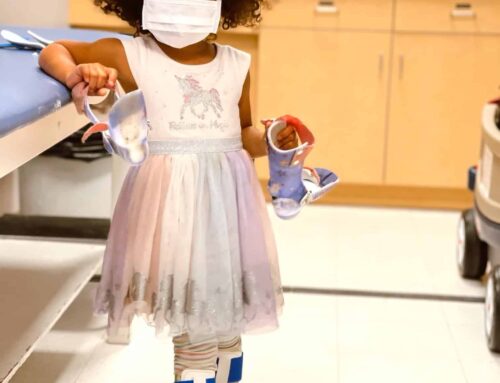 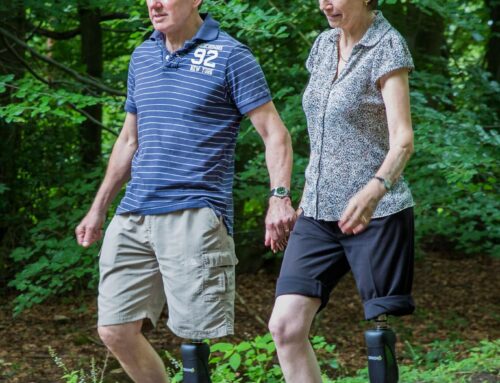 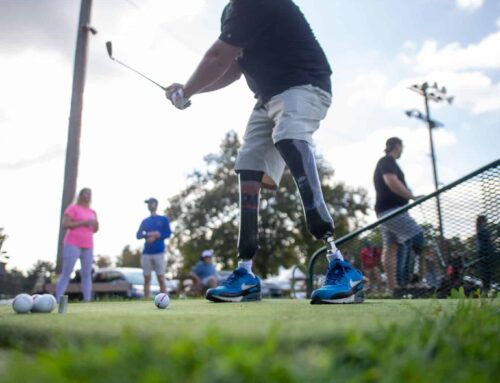